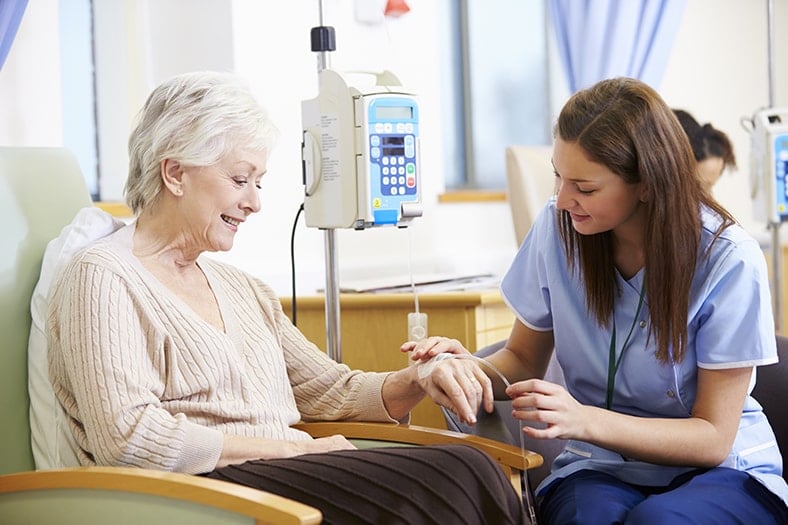 One of the great things about dental implants is that most people are candidates for the procedure. However, one of the factors that had given us pause in the past is whether you had previously received radiation therapy for head and neck cancer. This had been linked with many potential risks for the procedure.

If you’ve had radiation therapy for cancer, it’s important to understand the potential risks. The most common risk is that your dental implants will fail. That’s because radiation can damage your bones’ ability to heal around the dental implant, so it won’t properly integrate. Some studies show survival rates as low as 74% for implants after radiation therapy.

Another potential risk is osteonecrosis of the jaw (ONJ), which is normally a very rare complication of dental implants. In this complication, the jawbone begins dying, and a significant portion of the jaw might be damaged. This risk increases because radiation therapy can alter the blood supply in the bone as well as other attributes that promote bone healing.

Both of these risks are related to the amount of radiation received and the distribution of the radiation.

The overall 5-year survival rate for dental implants was 92.9%. The only factors found to have a statistically significant impact on survival were sex and mode of radiation delivery.

Are You a Candidate?

This study makes us seriously reconsider whether you are a candidate for dental implants after radiation therapy. If you’ve previously been told you weren’t a candidate, it may be time to schedule another consultation to find out what’s changed.

But we still have to consult with your oncologist to understand the exact amounts of radiation, how it was delivered, and where it was delivered so we can plan an implant procedure with the best chances of success. We also have to consider how treatments like bone graft may impact your success rate.

To start planning your dental implant procedure in River Edge, NJ, please call (201) 343-4044 today for an appointment with an implant dentist at the River Edge Dental Center for TMJ, Sleep Apnea, & Reconstructive Dentistry.