Snoring Is More Than Just a Noise 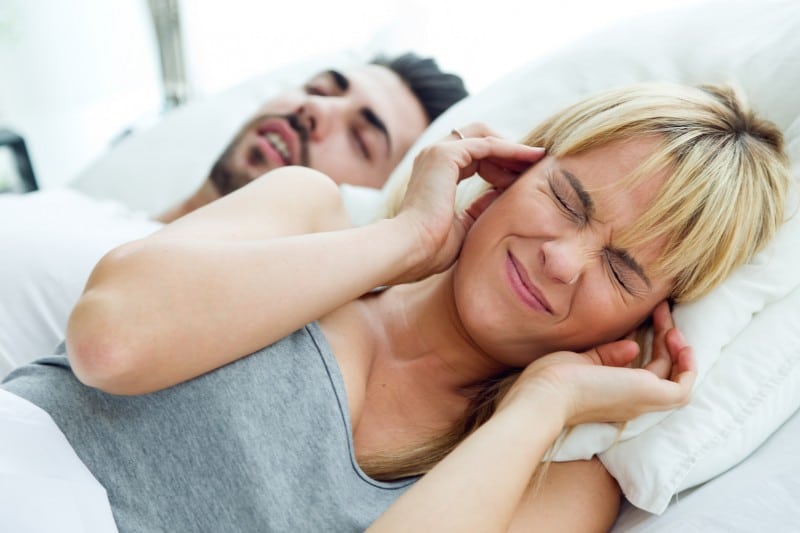 Most people think snoring is just a noise, which is understandable. It’s the noise that keeps you up at night, the noise that leads to conflicts at night or in the morning. You might think that if you could just deal with the noise, everything would be fine. But that’s not the case — snoring is a much more complicated phenomenon than just loud breathing while you sleep.

Approaches to Dealing with the Noise

Because people think that the noise of snoring is the main problem, they have come up with many approaches to dealing with the level of sound. The most popular these days is moving to another room–or banishing the snorer to another room. Depending on your class, it might mean somebody sleeps in a bedroom with one of the kids or sleeps on the couch. If you have enough money, you might have a room specifically for the snorer known as a snoratorium.

The problem is that, with the exception of a custom-built snoratorium, most rooms won’t block the sound of a snorer, anyway. It will reduce it significantly, but people often report being bothered by snoring from another room. And if you are moving the snorer around the house, the odds are that you are just bothering someone else.

So you might want to try earplugs or earmuffs to try to block out the sound. The average snorer has a volume of about 50 decibels, so you might think that earplugs with a noise reduction rating of 25 dB would cut that in half, but because of the way the decibel scale works, it actually only cuts the sound by about 9 decibels. No ear protection can really block out loud snoring, because the volume is loud enough that it it resonates through your bones, even if you block it from entering the ear canal.

What might work is noise-cancelling technology. This emits an opposite sound that cancels out the sound of snoring, essentially eliminating it. There are a few products like this in development, but they’re not ready yet, except as headphones that might be hard to sleep in for their own reasons.

But, even if you eliminate the noise, you still haven’t dealt with the main issue of snoring: it’s a health hazard.

How Snoring Harms Your Health

Sometimes a snorer may even experience a complete closure of the airways, what we call sleep apnea. When this occurs, the body experiences an acute oxygen deprivation, which can lead to damage in the brain, the heart, and other systems–it can have fatal consequences.

Snoring can also be damaging to the blood vessels. The vibrations caused by snoring can cause tiny injuries in the blood vessels, which leads to scarring and the hardening of the arteries, atherosclerosis, which in turn contributes to stroke risk.

Snoring Treatment That Can Eliminate Sound and Health Risks

The best way to tackle snoring is to actually treat it. With snoring treatment using an oral appliance, the airway is opened, allowing air to flow freely. This can stop the sound and eliminate the health risks all at once. We can also help evaluate your snoring to determine if you have sleep apnea.

If you are looking for a truly effective approach to snoring, please call (201) 343-4044 for an appointment with a sleep dentist at River Edge Dental, center for TMJ, sleep apnea, & reconstructive dentistry.

The post Snoring Is More Than Just a Noise appeared first on River Edge Dental.