All Seniors Should Be Tested for Sleep Apnea, but 90% Aren’t–Study 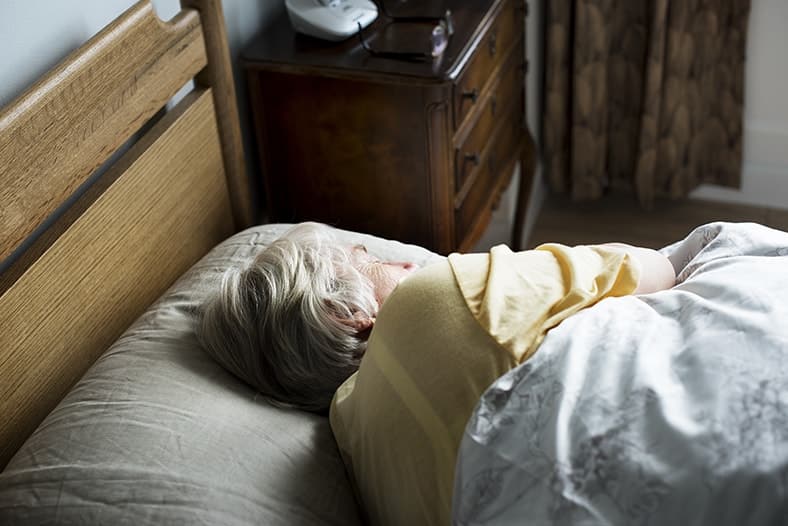 A new study suggests that the risk of sleep apnea among seniors is so high that all seniors should be tested. However, the study shows that over 90% aren’t getting tested.

Researchers based their findings on data from the National Health and Aging Trends Study (NHATS), which includes survey results from over 1000 seniors. Several of the questions on the survey were similar to those used in the STOP-BANG questionnaire, a common screening tool for sleep apnea. The survey also asked if the seniors had been tested for sleep apnea, and, if so, what was the result.

This suggests that we’re not doing enough to screen our seniors for sleep apnea. With more than half of seniors at high risk for sleep apnea, the very low percentage of seniors that actually get tested is appalling. When we look at the risks that seniors face from sleep apnea, including poor cardiovascular health, dementia, and potential links to cancer.

All Older Americans Should Be Evaluated for Sleep Apnea

When looking at the results of their study, researchers concluded that we need to start screening all older Americans for sleep apnea. Screening tools are easy-to-use, inexpensive, noninvasive, and relatively accurate. Researchers also said that we need to make sure that we are following up screening tests with actual diagnostic tests for sleep apnea. This can be either an at-home sleep test or a test at a sleep lab, the only accurate ways to diagnose sleep apnea.

Should You Be Tested for Sleep Apnea?

If you are an older American, you should consider getting tested for sleep apnea. Or at least get a preliminary screening. Your doctor can give you a screening, so you can talk to them at your next opportunity. But we make it even easier with our online self-evaluation. We utilize the Epworth Sleepiness Scale  (ESS) for our screenings. This test is different than the STOP-BANG questionnaire, but it is also highly accurate, and if it indicates that you’re at risk for sleep apnea, you should talk to your doctor or contact us to learn more about getting an accurate diagnosis.

Sleep apnea is linked to many of the leading causes of premature death among seniors, but sleep apnea treatment can ameliorate these risks and help you to enjoy a better quality of life.

The post All Seniors Should Be Tested for Sleep Apnea, but 90% Aren’t–Study appeared first on River Edge Dental.