Are These the Best Smiles in the Universe? 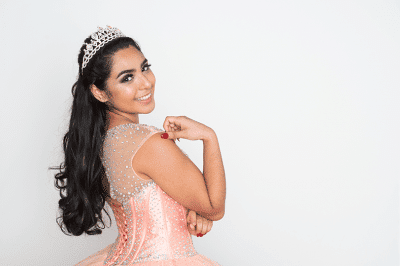 An international pageant called Smile of Universe just announced its winners. These winners, called the First, Second, and Third Smile of Universe, respectively, were chosen from an international pool of applicants, who went through multiple rounds of voting by both the public and a small panel of judges. The odd title of the contest is likely due to language issues, since the contest is based in Russia, and we’ve got mixed feelings about the results, but they do give us a chance to talk about beautiful smiles. We are deeply dedicated to achieving beautiful smiles for all our patients and feel that they compare favorable to the winners in this contest.

What Is the Purpose of the Contest?

Before we get too far into looking at the contest, it’s important to start by asking what is the goal of the contest. Only from that starting point can we evaluate the outcomes. After all, if the contest is trying to achieve one thing, it doesn’t make sense to criticize it for not achieving something completely different.

So, what is the Smile of Universe contest doing? According to the contest’s website, the goal is to “strengthen the friendship between different peoples of our Planet.” More specifically, the contest sees itself as “promoting fashion for a smile, kindness and careful attitude to people around us.” This makes sense, given the contest’s tagline, which is “Smile, it’s fashionable!”

To attempt to achieve their goals, the contest selects “the most positive womens [sic] from different parts of the world who have the most attractive smiles.” So it isn’t just a straight beauty contest, although clearly the beauty of a woman’s smile is a factor. Contestants have to demonstrate why smiles matter in the modern world.

However, with the fact that there is an entry fee, and that votes cost money (at least $0.75 each, and possibly more for people outside Russia), it’s likely that the main purpose of the contest is to make money for the organizers.

The rules about who can enter are a little unclear. Some of the terms seem straightforward, if a bit odd. Women are supposed to be from 23 to 45 years old. They have to be married (civil unions count), and they must have at least one child. That’s clear enough.

The second part of the eligibility is that the contest is open to “Any socially active resident who lives and is registered in the territory of any country of the world.” It also appends, “Does not matter, and the social status of the contestants.”

The official contest rules don’t seem to add any clarification, except to note that the height and weight of contestants doesn’t matter, and that women can’t enter if they have a criminal record.

Who Are the Winners?

Let’s take a moment to consider the aesthetics of their smiles. All their smiles are bright white, of course, but they also have nicely proportioned front teeth, with wide central incisors flanked by slightly narrower lateral incisors. There is a slight difference in length between the centrals and the laterals, which connotes a youthful smile, but the difference is very small in some cases.

It’s likely that Elena was chosen not just because of the appearance of her smile, but because of her video, which focuses on the many ways that we use our smile to interact with people on a daily basis. It shows Elena using her smile to give thanks, to greet people, and, most importantly, to cheer up people around her. And it concludes with her sending a selfie of herself, situations where having a beautiful smile can make someone’s day.

Let Your Smile Be a Force for Good

We certainly don’t want to endorse a contest like this, which is clearly a pay-for-play attempt to generate funds. However, it is good to be reminded that your smile can make a difference, and if you have a smile that you’re comfortable sharing with others, it can help you and them to feel better.

The post Are These the Best Smiles in the Universe? appeared first on River Edge Dental.