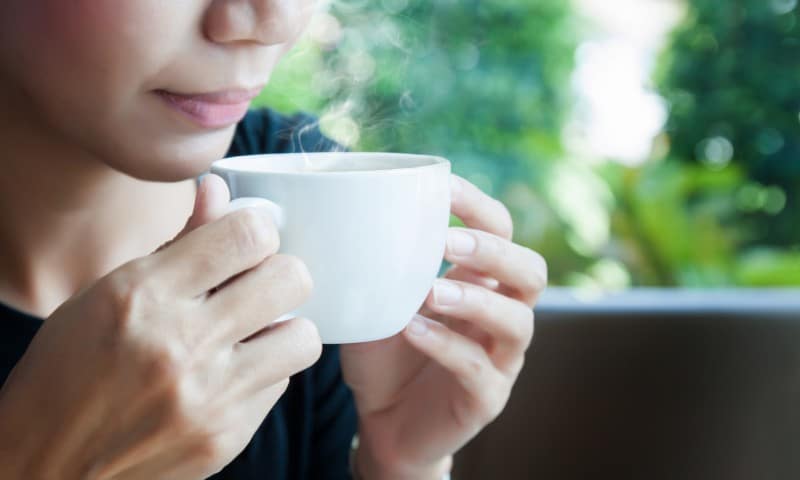 America runs on coffee, and for most of us the thought of giving it up–along with other caffeine beverages–seems like a nightmare. But when compared with the nightmare of migraines, it might be a fair tradeoff.

Migraines have a complicated relationship with caffeine. Some people find that caffeine triggers their migraines. But for other people, caffeine is an effective part of their migraine treatment or prevention routine. It’s even a common ingredient in over-the-counter (OTC) migraine medications.

But now a study suggests that the overall impact of caffeine may be negative, especially for people who are getting poor results from their prescription migraine treatment. And giving up caffeine completely may be recommended to improve results.

It’s important to note that this is considered a prospective study, so its insights aren’t definitive, but they’re important. Researchers recruited over 100 migraine patients who were daily consumers of caffeine drinks. They were asked to give up caffeine. Then, after at least two weeks, researchers interviewed patients again to determine whether they’d given up caffeine and whether it had had an impact on their acute migraine treatment. Acute migraine treatment is migraine medication designed to stop or reduce a migraine once it starts.

A third of patients, 36, gave up caffeine completely. Of these patients, 26 reported “excellent” efficacy for their acute migraine treatment. That’s nearly three quarters (72%), compared to only 40% (29) who reported excellent efficacy without giving up caffeine. Statistical analysis correcting for other confounders showed that giving up caffeine made people over three times as likely to experience “excellent” treatment results.

Using another measure of headache severity, the headache impact test (HIT-6) showed a tendency to greater reduction among people who gave up caffeine.

They also found that people who abstained from caffeine were more likely to report a reduction in the impact migraines had on their lives, assessed using the HIT-6 questionnaire.

This study has some limitations. First, it only looks at acute migraine treatment–the use of triptans to control a migraine once it’s already occurring. Second, it’s a pretty small trial, so we have to take its results with caution. Finally, the study isn’t fully blinded or placebo-controlled, so psychological factors like the placebo effect could be making a difference here.

Could a Detox Improve Your Migraine Treatment?

There are many reasons to view these results with caution. Because it only looks at acute migraine treatment, it doesn’t tell us the potential impact on preventive treatment. The study also isn’t fully blinded or placebo controlled, so we may be seeing some placebo effect, which can be very significant for migraines. And it’s just a very small study, both in the number of subjects and the length of the study.

But the insight here is important: the use of caffeine could undermine the effectiveness of migraine treatments. Researchers compare it to the use of OTC medications, which can contribute to medication overuse or “rebound” migraines. They can also interfere with the mechanisms that make prescription migraine treatment effective.

Many doctors recommend giving up OTC pain relievers when you start prescription migraine treatment. It’s possible that a period of caffeine abstinence might be recommended as well.

If Your Migraine Treatment Isn’t Working

We understand that many migraine sufferers are unhappy with the effectiveness of their treatment. If you’re among that group, you may be looking for ways to make your treatment work better, and, certainly, giving up caffeine may be something to try.

But you should also consider alternatives to the migraine care you’ve been prescribed. TMJ treatment can help many people get relief from migraines when the usual care recommended by your doctor isn’t effective.

To learn whether TMJ treatment can help your migraines in River Edge, please call (201) 343-4044 today for an appointment with a TMJ dentist at River Edge Dental.