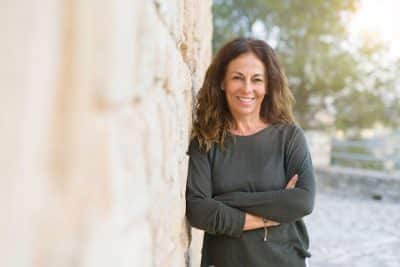 Gum disease is one of the most serious oral health problems. It is the leading cause of tooth loss among American adults. In its later stages, it can be painful, with sore and bleeding gums. In addition, gum disease has been linked with serious health problems outside the mouth. People with gum disease are at an elevated risk for heart disease, dementia, autoimmune diseases like rheumatoid arthritis, and more.

Fortunately, treating gum disease is easier than ever now, thanks to LANAP. Short for Laser Assisted New Attachment Procedure, LANAP is a laser gum disease treatment approach that not only stops gum disease it can reverse some of the negative effects of the condition, helping your gums to recover.

In gum disease, oral bacteria infect the space between your teeth and gums, expanding the natural periodontal pockets around your teeth. As these pockets grow, your gums will recede, and you will start to lose bone around your teeth. When too much bone is lost, your teeth become loose and can be lost.

To prevent this, the LANAP procedure cleans out the periodontal pocket and prepares the gum tissue for healing. Your River Edge dentist will follow all the procedure steps:

Fiber optic laser cleans out bacteria and damaged tissue from around the tooth
Scaler removes deposits on tooth roots
Laser cleans out pocket again, creating a sterile environment while creating blood clot
Gums pressed against teeth, and the blood clot makes a strong seal
If necessary, loose teeth are splinted to help healing

Note that a River Edge dentist can use LANAP around a dental implant as well as a tooth. In this case, it’s called LAPIP. Other than that, the procedure is essentially the same.

The procedure doesn’t seem very complicated, does it? It is not. However, despite the simplicity of the procedure, there are many benefits it offers over traditional gum disease treatment, including:

Because of these benefits, LANAP continues to grow in popularity as people discover this amazing procedure.

Treatment without Scalpels and Stitches

One of the things that can make you squeamish about gum disease treatment is the thought that a dentist might use a scalpel to cut your gums and potentially stitches to hold your gums in place after treatment.

With LANAP, River Edge dentist Dr. Martirossian doesn’t use either. There are no blades or needles in the LANAP procedure.

Gum disease leads to receding gums. We don’t want to accentuate that by removing any more gums than we absolutely have to. LANAP gives us the power to precisely target gum tissue with a laser beam that is only as wide as a few human hairs. This laser also selectively targets diseased tissue, which is darker than healthy tissue, so it heats up faster getting evaporated quickly, leaving the healthy tissue behind to begin healing.

A challenge of traditional gum disease treatment is how to make sure we’ve removed all bacteria. If we don’t remove all the bacteria, gum disease can simply come back quickly. However, LANAP kills off the most harmful bacteria in the periodontal pocket to promote healing.

LANAP is a more comfortable approach to restoring your gum tissue because of the tools used. With the laser selectively targeting diseased tissue and leaving the healthy tissue alone, LANAP causes less discomfort, according to our River Edge patients.

Bleeding from gum disease treatment makes the procedure unpopular. Nobody wants to get a treatment that is going to hurt and cause a stressful amount of bleeding. LANAP reduces bleeding in two ways. First, it selectively targets diseased tissue, so there’s less damage to the healthy gum tissue and blood vessels. Next, the laser specifically causes the blood to create a special blood clot that stops bleeding.

As we mentioned, the laser sets up the conditions for healing. The fibrous blood clot that the laser creates not only binds the gums to the tooth, but it also serves as a scaffold for the body to build new gum tissue. This speeds the recovery process so you can be healed in less time than traditional gum surgery.

If you have gum disease and are looking for treatment in River Edge, consider the advanced LANAP approach by Dr. Marlen Martirossian.

Please call (201) 343-4044 or use our online form to request an appointment at River Edge Dental, New Jersey’s center for advanced general and cosmetic dentistry.