The Link Between Tinnitus and TMJ 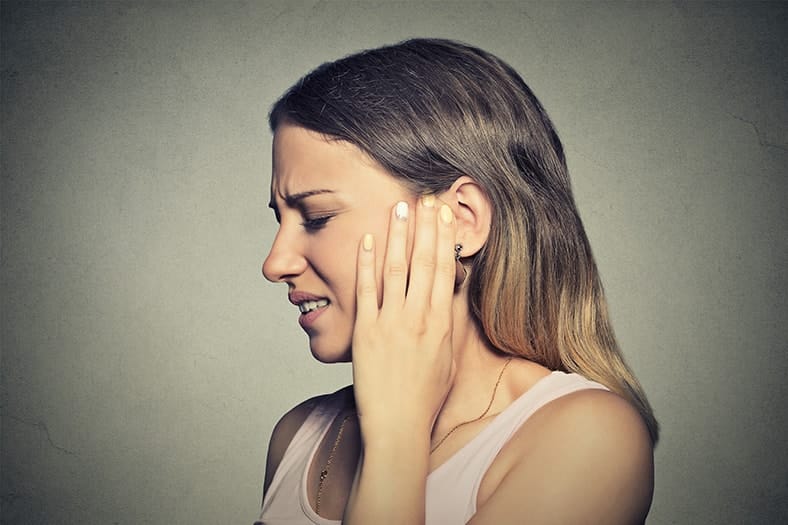 In exploring the link between these two conditions, researchers found that modulation was an important clue. Modulation is when moving part of your body causes the tinnitus sound you hear to change. Usually, it’s the volume that alters, but it can be other aspects too. Some studies show that 80% of people with tinnitus experience modulation.

Most often, people change the tinnitus sound by moving their jaw, but the head, neck, eyes, and limbs can also affect the sound you experience. It is not surprising that the jaw would be the most common source of modulation–it speaks to the close link between TMJ and tinnitus.

So if the jaw is really linked to tinnitus, our next question might be: how? What are the ways that TMJ can contribute to tinnitus?

The first possible connection is that the ear and the jaw are closely linked through our evolutionary history. In fact, two of the tiny ear bones in mammals are derived from reptile jaw bones. And tiny muscle connections persist between the jaw and these delicate bones.

Another possible connection is the physical proximity between the ear and the jaw. The “temporo” in temporomandibular joint refers to the temporal bone, which houses the middle and inner ear. When the jaw joint is stressed, or when it grinds, it could result in strange hearing artifacts. This could also contribute to other ear problems like vertigo that are sometimes associated with TMJ.

Understanding that there’s a link between the two conditions isn’t necessarily helpful if it doesn’t point us in the direction of better results. Fortunately, this does. A large review of 16 studies published over 50 years (1964-2014) shows that on average 69% of people see improvement in their tinnitus when their TMJ is treated.

This is especially good news for tinnitus sufferers, who often get told that there’s no treatment for their condition, and that their only hope is trying to drown out the sound. Although this works for some, depression is common in people with tinnitus.

Have You Tried TMJ Treatment for Your Tinnitus?

When facing a condition like tinnitus, it can be discouraging to keep trying treatments and find that they just don’t work. However, there are good chances that TMJ treatment could improve your tinnitus symptoms.

The post The Link Between Tinnitus and TMJ appeared first on River Edge Dental.