What’s Waking You Up at Night? 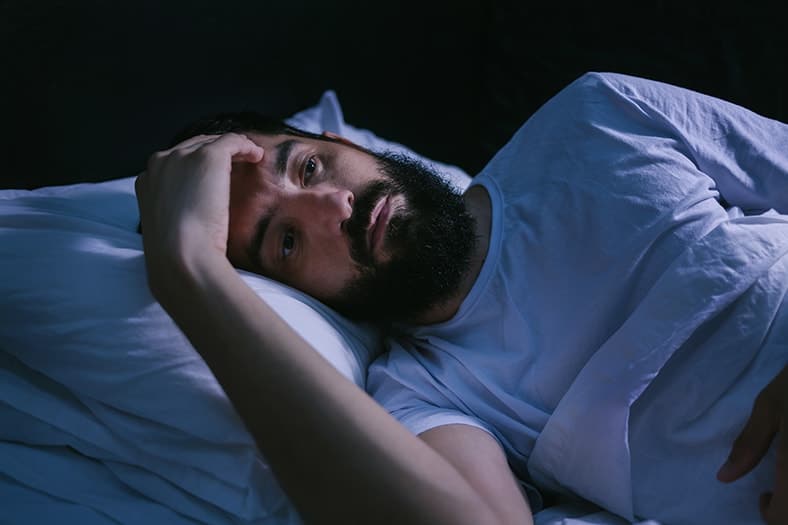 Getting a full night’s sleep is critical to being alert and productive during the day. But for many of us, staying asleep can be hard. You might find yourself waking up many times during the night. You might think that this is related to many different causes, but underlying all these causes could be sleep apnea, which does more than wake you up–it threatens your health. Here’s why all the causes you think are waking you up might be concealing your sleep apnea.

Going to the Bathroom

Have you noticed that suddenly you are waking up several times during the night to to go to the bathroom? You might think that this is just a natural part of growing older, but it’s often not that simple. Night-time urination, called nocturia, is actually a strong warning that you have sleep apnea.

Obstructive sleep apnea occurs when your airway closes, usually because your tongue or throat sag. When your brain senses it has no oxygen, it tells the heart to beat faster to supply more oxygen. The body also struggles to breathe, but doing this against the closed airway creates negative pressure in the chest. As the heart struggles against this pressure, it triggers a response as if the heart is experiencing fluid overload, so the body wants to get rid of fluid, which makes you create more urine so you have to get up to urinate more frequently.

Do you have nightmares that wake you up? You may think you know why you get them (PTSD, work stress, the latest episode of The Walking Dead), but sleep apnea could be the real cause, if not of your nightmares, then of the waking.

You wake up from an apneic episode with your heart pounding, gasping, and often a sensation of being smothered or chased–it’s easy to mistake that for being wakened by a nightmare.

One of the nice things about living in River Edge is that it is a relatively quiet community. However, some nights it can seem like there’s no end to the irritating sounds in your neighborhood. A distant siren, a train, cats yowling, or a motorcycle. Even cicadas in the summer.

But the noises might not be why you’re waking up. Sleep apnea might be waking you up, and then you become aware of the noise. Or maybe it is the noise that’s waking you up, because you can’t reach the deep stages of sleep where you’re immune to those noises.

Does your partner keep elbowing you at night? Are they hitting you with a pillow or rolling you over? This is probably not an accident. It’s likely related to snoring, which is closely linked to obstructive sleep apnea.

If snoring is a problem for you, effective treatment can help both you and your partner get refreshing sleep at night.

People with sleep apnea waken partially or fully dozens or even hundreds of times a night. However, most of them don’t know they’re waking up. They either never come to full awareness or fall back asleep so quickly that they don’t remember the waking in the morning.

But you feel the effects of it nonetheless. You may wake up feeling unrested. You may have a headache. You may be groggy, sore, and tired.

If you’re waking up regularly at night or you can’t ever seem to get enough sleep, we can help. Please call (201) 343-4044 today for an appointment with sleep dentist Dr. Marlen Martirossian at the River Edge Dental Center for TMJ, Sleep apnea, & Reconstructive Dentistry.

The post What’s Waking You Up at Night? appeared first on River Edge Dental.